A write-up on the 1000 LOKI cryptopuzzle

There are two things we imediateally spotted in this puzzle: The green in the blocks and the path along the gridlines.

We found this by comparing the puzzle image with the one used in the website: 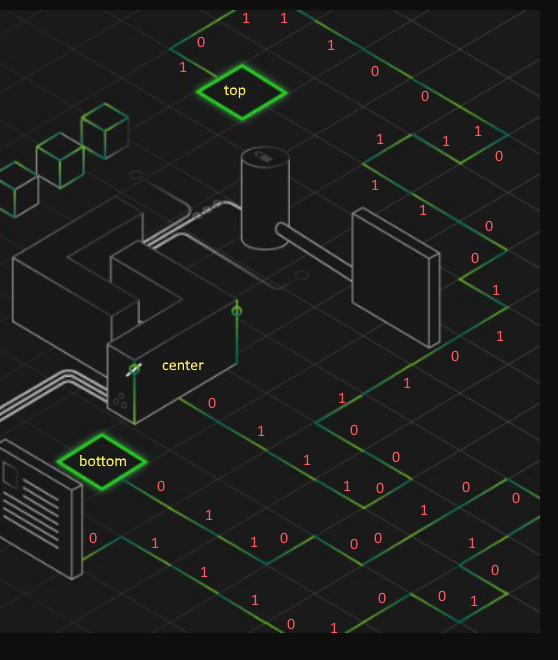 The grid was slightly more tricky. After some observation we noticed how the light-green to dark-green fade was not consistent so we interpreted that the fade that started with the lighter shade would be treated as 1 and the one with darker shade would be treated as a 0. The goal was to get binary. We counted the lenght of the the lines and were 48 so binary would work, however the line from the center to the bottom was just of 21, this meant that the order would be extremely important to get valid 8-bit binary.
On the right we have the correct interpretation of the path, already with the right directions figured out, after some trial and error.
We needed to in fact interpret the light-green to dark-green as 1 and the other as 0.
The relevant direction was from the top to the center and from the bottom to the center.

After this point we got a good output: bitrab

This was the correct output, if we change the binary order we would get a corrupted result because as explained before the "split" between the two paths is not on a number divisible by 8. Regardless, it was easy to guess the output as being "rabbit".

Now we got confused by the fact that the numbers found on the cubes had no use. Until we tried something as classic as hexadecimal.
And there it was: 64 65 61 64 = dead
That was it: Win tweet
The prize was delivered as promised.